Who Can Help With Roof Snow Removal?

Winter presents a unique array of challenges to New Jersey residents. Motorists navigate the icy highways and byways of the Garden State. When they arrive home, they deal with drifted drives and slick sidewalks. Sometimes, they must deal with more problems up on the roof, like ice dams and big piles of snow.

Timely snow removal reduces the chance of serious ice buildups. For many homeowners, the first impulse is to attempt to remove some of that wet, heavy snow. For the vast majority of homeowners, scaling a ladder and venturing out on a slippery roof is a bad idea. That’s why professional roof snow removal is needed.

There are key reasons why homeowners ask the question, “Who can help with roof snow removal?” The weight of snow on the roof is one concern. Ice dams are another.

Modern building codes demand roof design and construction that handles heavy snow accumulations. However, this doesn’t mean NJ roofs do not suffer damage when the snow piles up. Heavy, wet snow accompanies many a New Jersey winter. A story on New Jersey’s top snowfalls lists some exceeding 20 inches. Worse yet, many of the worst storms have happened in recent decades. Edison recorded 32 inches of snow in the Blizzard of 1996.

Roofs compromised before winter’s arrival – some roofs lack structural integrity long before winter’s first storm arrives. According to the Insurance Institute for Business & Home Safety, “Unless the roof structure is damaged or decayed, most residential roofs regardless of the location of the house should be able to support 20 pounds per square foot of snow before they become stressed.” Note the words “damaged or decayed” in the above quote. Heavy snow accumulations may exploit weaknesses in a compromised roof.

Some roofs are weaker than others due to:

Serious problems often occur even when a roof doesn’t actually collapse. Sometimes, aging or poorly maintained roofs sag under the weight of ice and snow. When the ravages of winter weather give way to spring warmth, the damage is already done. Sagging portions of the roof may become more vulnerable to moisture intrusion – leaks, that is.

Older roofs built when building codes were less stringent – A NJ.com post highlights communities where a significant percentage of the homes were built before 1939. The percentage of such homes exceeds 50 percent in some places. Some communities in Bergen and Essex counties exceed this threshold, for example.

It’s a cycle repeated all too often in Northern New Jersey. Heavy snow leads to ice dams along the eaves. Giant icicles extend toward the ground below. Roof leaks sometimes follow.

Prompt roof snow removal often reduces the chance of serious roof problems. There are three main options. You can do it yourself, hire a service or work with a professional roofing contractor.

Is it a do-it-yourself task? Homeowners with single-story ranch homes might attempt to remove snow while standing on the ground. The right snow rake with handle extensions allows for an extended reach. However, if there are power lines anywhere near your roof, it’s vital to avoid the use of metal-handled roof rakes.

Many homeowners intuitively understand the dangers inherent in going up on the roof. Beware of services that are uninsured or under-insured. Inadequate insurance could lead to a claim filed against your own homeowner’s policy. Also, watch out for inexperienced workers lacking roof safety training. Low ball bids should raise red flags.

If you choose to hire a service, make sure those involved are experienced, safety-conscious and insured.

By contrast, the right local professional roofing company will give you confidence. Such a contractor:

Scaling roofs is often a dangerous business. One study found that roofing accounted for one in three serious construction accidents. Even in the best weather conditions, a single misstep may result in a life-altering event. In the winter, ice and snow-covered roofs get downright treacherous. The stakes are even higher around two and three-story homes.

Look for a roofing company that’s reputably served your local community for a long time. Also, look for factory-certified roofing contractors. Big manufacturers like GAF and Owens Corning certify contractors they trust. It is easier for homeowners to trust them too, even if it’s only for roof snow removal.

CRS is a NJ roofing specialist serving homeowners since 1977. Reach out to us when you grow concerned about heavy snow accumulations on your roof. We’ll take care of the problem in a safe and effective way.

We offer full roof replacements, emergency repairs, certified roof inspections and roof cleaning. We are factory-certified by both Owens Corning and GAF. For friendly, professional help, please contact us today! 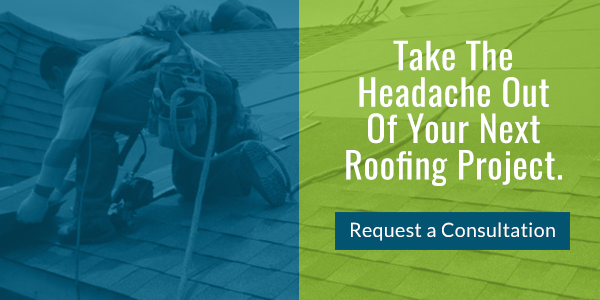 What to Know About Commercial Roof Repair

How Much Is a New Roof in NJ?

What to Know About Commercial Roof Repair

How Much Is a New Roof in NJ?

How Long Does A Roof Last in New Jersey?

What Are the Best Owens Corning Shingle Colors?